From the Desk of the Fiscal Officer: 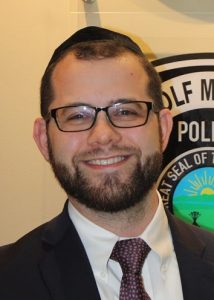 GOLF MANOR (11/15/2022) – With great pleasure, I am happy to report that the residents of Golf Manor renewed the general fund tax levy (Issue 23) this past Election Day.  As a resident, it may be unclear what you are supporting. I would like to help clarify what all that means.

The 4-mil renewal levy that just passed goes to our General Fund. The General Fund is the main source of funding for Village activities. The biggest piece of the pie goes to supporting our police department.  Just about 50% of the general fund goes to the PD.  Service level standards include two officers on shift at all times, patrolling Village streets. In addition to staffing those shifts, we also fund the equipment, supplies and protective gear needed to allow our officers the ability to perform their jobs safely.

The General Fund is divided among different programs, which includes 10% to help subsidize fire service with the Deer Park-Silverton Fire District..  This is the portion of the DPS contract not currently covered by our 10 mil Fire Levy.  The rest of those funds go towards services provided to our residents, including brush pick up, leaf pick up, snow removal, street sweeping, upkeep of the parks, and keeping our street infrastructure and municipal assets (such as the municipal building) in good repair.  The renewal did not raise anyone’s taxes.

Thank you for your continued support!