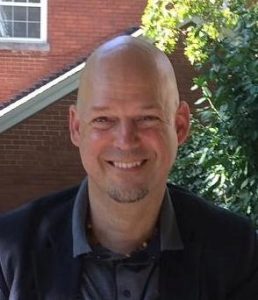 The precursor to Black History Month was Black History Week which was first celebrated 1926, as an educational endeavor of American Scholar Dr. Carter Woodson (1875-1950). The specific calendar week was chosen because it coincided with the birthdates of both Abraham Lincoln (February 12th) and Frederick Douglass (February 14th)– these gentlemen’s birth dates have been celebrated together by American black communities since the late 19th century– in recognition of the significant impact these two individuals had on Black American life.

Dr. Woodson pushed to bring black history into public consciousness, noticing that the role of African Americans in American History was either misrepresented or missing altogether from the history books of his time. Black history was largely ignored by historians and the general public until the 20th century; Dr. Woodson is attributed as a significant force in changing all that, through the coordination of teaching the history of black Americans in the nation’s public schools.

Much of the history of black people wasn’t known by blacks or whites until black history was taught in school. The research and dissemination of black history has countered myths that slaves were well-treated under slavery or that blacks had been better off under slavery. It also, by lifting examples of extraordinary individuals, provided examples of Americans for children to look-up to, emulate, and have pride in.

Black History week grew in popularity over the following decades, with mayors across the United States endorsing it as a holiday. Black History Month was first proposed by black history educators at our very own Kent State University (here in Ohio), and officially became recognized by President Ford during the celebration of the United States Bicentennial, in 1976.

While Black History month has helped the growing cultural identity among the black community, it’s significance to all Americans can not be overstated. We can not make America Great while blind to one another or to our history, and without examples of greatness from the full spectrum of our citizenry. All these things are part of the shared history of the United States.

I’ve included several resource links for anyone wishing to learn more about Black History in the United States. I am well aware that there is a great deal more I personally could learn about the history of Black Americans– and that this education can make me a better resident and Mayor of our village. If you know of other resources, let me know, and we’ll add them to the list below.

Resources from the Center For Racial Justice In Education: https://centerracialjustice.org/resources/black-history-month-resource-guide-for-educators-and-families/

DUKE ENERGY (7/27/2021) – Information provided by Duke Energy. Construction on the next portion of the Central Corridor Pipeline (CCP) ...
Read More »

The Summer 2021 edition of The Villager newsletter is now available here. Topics in this issue: Golf Manor Mayor to ...
Read More »